Floral tributes have been laid at Sheffield’s Peace Gardens and a book of condolence opened in the city’s Town Hall for public tributes following the death of Queen Elizabeth II at the age of 96. Baillor Jalloh reports for Sheffield Live! 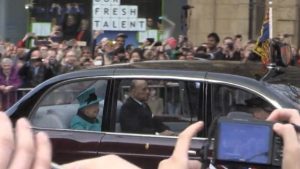 The Lord Mayor of Sheffield Sioned-Mair Richards said: “On behalf of the City Council and the people of Sheffield I want to express our great sadness at the news of the death of Her Majesty, Queen Elizabeth today. Our sincere condolences go to members of the Royal Family at this time of sadness and personal loss. Her reign will be acknowledged in history as one of the greatest of all monarchs and, through years of major challenges and difficulties for the country, she retained a true sense of dignity throughout.

“I recall the enthusiastic welcome given by the people of Sheffield when the late Queen visited the city in April 2015. It will be an event that many will remember for the rest of their lives and will always be a significant day in Sheffield’s history.

As a mark of respect, flags are to be flown at half-mast on civic buildings.  Books of Condolence will also be opened in Sheffield and Stocksbridge Town Halls from 9am to 6pm, Monday to Friday until the day after the funeral.  There will also be an eBook of Condolence on the City Council’s website and the Royal website at royal.gov.uk.

Floral tributes may be laid in a specially designated area of the Peace Gardens in the city centre. 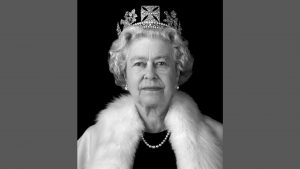 Her eldest son, now King Charles III, said: “The death of my beloved mother, Her Majesty The Queen, is a moment of the greatest sadness for me and all members of my family”.

Sheffield rail travellers spoke to Sheffield Live! following the government decision to axe the eastern leg of HS2. The plan to connect leeds and Manchester to the the HS2 network are to be replaced with the Integrated Rail Plan (IRP) which promises faster train journeys between the East and West Midlands, Yorkshire and the North West, with £96bn expected to be invested into the upgraded rail network. Baillor Jalloh reports.

Following news of the Brexit deal with the European Union, Sheffield Live! spoke to former Yorkshire and Humber MEP and Sheffield Councillor Shaffaq Mohammed. The UK-EU agreement is to come into effect on 1 January 2021 after the end of the Brexit transition period. The 2000 page document will require ratification by the 27 European Union countries and by the UK Parliament. Azz Mohammed reports.

Over 1 million people have registered to vote in the last week alone as the 26 November deadline approaches. To vote in a UK general election you must be 18 or over on the day of the election, be a British, Irish or qualifying Commonwealth citizen and resident at an address in the UK (or a British citizen living abroad who has been registered to vote in the UK in the last 15 years), and not be legally excluded from voting. You can only vote once, but if you are a student, you can register at both your university and home address.

For information on registering to vote visit:
https://www.gov.uk/register-to-vote

The UK’s premier synthesizer festival, SynthFest, has returned to Sheffield for its fourth year with over 1000 delegates attending exhibitions, workshops and performance at the Octagon Centre. Sheffield Live! reporter Baillor Jalloh spoke to Paul Gilby, festival organiser and digital media director at Sound on Sound.

BBC studios across the UK, including Sheffield, have been the site of demonstrations as pensioners take action to protest against proposals to end free TV licences for the over 75s. Under proposals from the BBC only those in receipt of pension credit would remain eligible for free TV licences with others required to pay the £154.50 per year fee to watch television. Campaigners are seeking to reverse the decision announced a month ago which is set to come in to affect by 2020 and could affect around 3.7 million pensioners. Sheffield Live spoke to the secretary of Sheffield Pensioners Action Group Jaqui Milner.

Campaigners marked the 35th anniversary of the Battle of Orgreave with a rally on Orgreave Lane at the site of the former coking plant. Orgreave Truth and Justice Campaign are continuing to seek a public enquiry into the events of June 1984 when miners were assaulted and arrested by police on charges that were later dropped as allegations emerged of fabricated evidence and police brutality. The government has refused to grant their request. Baillor Jalloh reports for Sheffield Live!