An open event at Union Street to mark International Women’s Day discussed the struggles women face in employment and in achieving progress on gender equality. The International Women’s Day campaign carries the theme this year of Generation Equality and aims to drive actions that will create a gender-equal world. Sheffield Live! reporter Baillor Jalloh spoke to Sarah Woolley, general secretary of the Bakers, Food and Allied Workers Union.

Among events taking place across the city to mark International Women’s was a charity fundraiser in Nether Edge in support of victims of domestic abuse. Bailor Jalloh reports for Sheffield Live!

The SheFest fringe festival was in full swing on the streets of Sheffield at the weekend with music, dance, fashion and workshops across the city. Inspired by International Women’s Day the city-wide festival ran throughout the week and culminated in a weekend of celebration of women and girls. Simon Thake reports for Sheffield Live!

People went along to the HUBs today, for the main event of SHE Fest. The fringe festival has been taking place over the last couple of weeks to celebrate and raise awareness of International Women’s Day. The public could take part in a range of workshops, ranging from technology and engineering careers to relationships and domestic violence. There was also live music, jewellry stalls and a fashion show. The organisers say they hope the event will benefit all ages, geners and cultures to understand and engage with the women’s movement and notions of equality. I went along to find out more.

An event showcasing women artists, enterprises and organisations was held at the Town Hall to celebrate International Women’s Day in Sheffield. 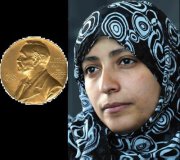