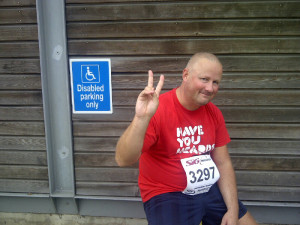 Calvin Payne after the Sheffield Half Marathon

The chaos of yesterday’s Sheffield Half-Marathon is “a catastrophe for the city” according to the Robert Jackson, the Chairman of the Trustees of the event.

The near-5000 runners lined up to start the event were kept waiting for about 50 minutes after the official start time, with many complaining that tannoy announcements were inaudible.

Organisers then attempted to cancel the event – for the first time in its 33 year history – because of a problem with the supply of water.  But many runners did not hear the announcement and after the elite runners lined up at the front of the event decided to run on in the face of initial road-blocks and attempts to prevent them, many competitors carried on unaware of the official cancellation.

As news of the water shortage emerged, Sheffield people and businesses lined the route – and took it on themselves to hand out water to runners.  But other runners complained that they were stopped from running – and then had to watch while those who completed the “unofficial” run still received medals.

“…5000 plus runners have just been failed utterly…the responsibility is with the organising committee and with the trustees…you’re quite right…it’s a catastrophe for the city…this is a complete failure of a company to deliver the water as ordered…but without water, you can’t have a half-marathon.”

Margaret Lilley, chairperson of the organising committee, said: “It is with huge disappointment and regret that we were forced to cancel the 2014 half marathon because of a problem with the delivery of water. We apologise to all the runners, their families and friends and anyone who has supported the event.”

An investigation is currently underway into the circumstances behind why the original water order was not delivered.

The requirements for an official race dictate that there is an appropriate amount of water available at every three mile interval.

Many runners have asked why communication at the start was so poor.

Sheffield Live! volunteer Calvin Payne was running the event and commented that communication was completely lacking, with most runners at the start unable to hear any announcements about the delay. And our volunteer Andy Cooper said:

“I was in the city centre and news that the event was cancelled did not reach the marshalls I spoke to, who seemed to have no way of communicating with the organisers. Marshalls looked confused and abandoned. Through the good nature of local residents and businesses runners did get some water along the route as the people of Sheffield erected makeshift drink stations outside their business premises.”

On facebook, Carly Pirie wrote “I ran today and like many others who have commented only found out it had been cancelled after I had completed it! There was no organisation to the morning, nobody providing updates as to the reason for the delay and then everyone set off so we presumed whatever had been holding the event up had been rectified. Will we be informed of our official race times?”

And Ru Maxwell said “I was at the sub 1hr 35 marker at the start and couldn’t hear a tannoy either, for those of you thinking it was just those nearer the back who had no idea what was going on! If it wasn’t for the elites deciding to go for it without permission, then there wouldn’t have been a half marathon for anyone. We thought they had been given the green light to go!”

On race day morning the official twitter account of the Half Marathon had tweeted “Spectators and runners! Tweet us your race day pictures using the hashtag #ilovesheffieldhalf and we’ll retweet as many as we can!”

4,100 runners completed the route of the event and “each were given a time so that those running for charities could collect their sponsorship money” according to organisers. But as of 10:30am today (Monday), many are complaining via social media that they’ve not received a time at all:

@adieward wrote: “@SheffieldHalf I wasn’t given a time either your website is incorrect. Where/when will these be available?”

@amandaswinney84 wrote “we haven’t had times yet. Can’t get the website to load since this post was published” and @CeriRodgers asked “@SheffieldHalf can u tell us when the results/times info will be avail. website states this info has been given to runners already? Not me?”

Sheffield Live! presenters Si Thake and Calvin Payne participated in the event. Si discussed it on this morning’s Monday Uprising show – podcast here – and Calvin will discuss it on our Communities Live show. 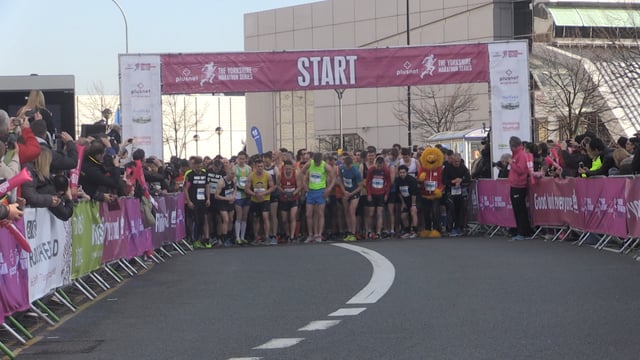 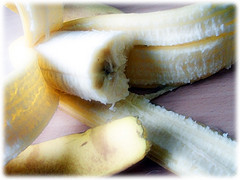 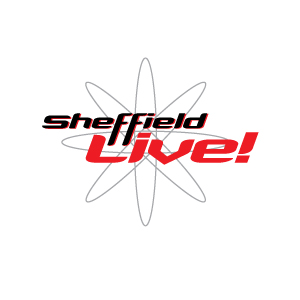 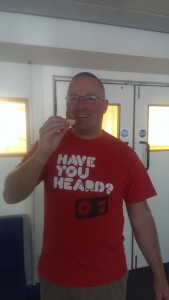 Calvin’s world of running Payne for half marathon