Bringing you hot new releases in our featured ‘New Directions’ albums, keeping you up to date with the latest thinking in improvised music.

Also featuring recordings from the giants of jazz – such as Billie Holiday, Ella Fitzgerald, Herbie Hancock, Miles Davis – from the present day back to the 1920s in our ‘Landmark Release’ series.

Plus information and featured events, festivals, artists, and workshops, focusing also on photography and visual arts created ‘in the moment’.

We also wander down less well known musical byways. Whether it is the sounds of Norwegian ice instruments or native American tunes which floats your boat, In the Moment is with you.

You can contact In the Moment by email inthemoment@sheffieldlive.org. We’d love to hear from you!

Photograph discussed on In the Moment 21/12/15 during interview with photographer Laura McLaughlin-Hart. 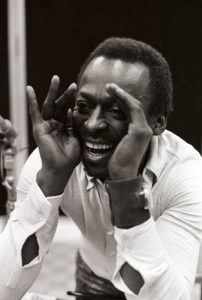