City of Sanctuary Sheffield have closed their drop-in centre but are maintaining support services by phone and online. The charity is coordinating aid to some of the most vulnerable refugees and asylum seekers to stay safe during the coronavirus crisis. Baillor Jalloh reports for Sheffield Live!

It is ten years since Sheffield was declared the UK’s first city of sanctuary for refugees and asylum seekers and celebrations are planned as part of Refugee Week 2017. A recent survey commisioned by the BBC indicated almost half of people in Sheffield (46 per cent) back the City of Sanctuary movement’s aim to welcome refugees and asylum seekers, but one third oppose the idea and 19 per cent expressed no view. Baillor Jalloh reports for Sheffield Live! 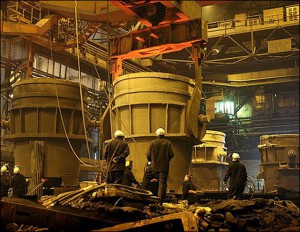 The biggest casualty of the recent budget in Sheffield has been the cancellation of the £80million loan to the city’s steel manufacturer Forgemasters. The loan was approved in March when the Labour government’s business secretary Peter Mandelson came down to the city of steel and made the announcement.

The loan was to be spent on constructing a 15,000 tonne forging press to make components for nuclear reactors. This plan would have created around400 jobs in the city. Once completed, the forging press, was expected to attract international business as the demand for heavy nuclear forgings is estimated to triple by 2020, up to 70,000 tonnes. There are currently five companies, capable of producing large nuclear components, and only one possessing a forging press as large as the one planned for Sheffield.

This podcast takes a look at how the city responded to the decision, featuring interviews with the city’s Labour MPs, Leader of the City Council, Lib Dem Councillor Paul Scriven, Doug Patterson, Unite’s regional representatives and locals who signed the petition asking the government to rethink its decision.

‘City of Culture 2013’ aims to build on the success of Liverpool’s year as European Capital of Culture 2008, which had significant social and economic benefits for the area. The winning city will be one that is able to deliver a substantial programme of cultural activity which leads to a demonstrable step-change in their area, and a lasting legacy. The four finalist cities are: Sheffield, Birmingham, Derry/Londonderry and Norwich.

The Sheffield bid aims to position a whole generation of young people in the driving seat for culture. The programme will uncover, nurture, inspire and showcase the talent and energy of Sheffield’s young people as the city’s emerging cultural asset. The city will become the stage for their cultural programme in which many elements are produced by and with young people and will connect with the wider generations of Sheffield.

We wish to engage everyone in the city in creating, making and performing cultural activities in 2013. Our people won’t just watch culture, they will create it themselves and produce an original, authentic, interactive and international programme.

This podcasts talks to Council Cllr Paul Scriven on the city’s bid to become UK’s first City of Culture and first aired on Sheffield Live! 93.2FM on June 16, 2010.

City of Sanctuary is a movement to build a culture of hospitality for refugees and asylum-seekers. In 2007, with the support of the City Council, Sheffield became the UK’s first ‘City of Sanctuary’ for asylum-seekers and refugees—a city that takes pride in the welcome it offers to people in need of safety.More than 100 local organisations including schools, community projects, student groups, and most of Sheffield’s main faith communities have now joined the movement.

This podcast (Broadcast on June 16, 2010) is a report on Sheffield’s status as the City of Sanctuary for asylum seekers and refugees. The podcast features interviews with Sarah Elridge, development officer for Sheffield City of Sanctuary; Lib Dem Cllr Shaffaq Mohammad; Rodrigo Edema from Uganda, Tendero from Zimbabwe and Jinan from Lebanon, who all have successfully progressed from asylum seekers to refugee status.