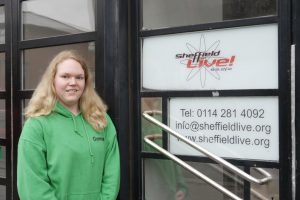 Gareth Malone’s voices tour, which came to Sheffield City Hall on 28th May, was equal parts fun and emotional. The haunting beauty of unaccompanied voices harmonising together was hypnotising.

Malone took to the stage with his 16 talented young singers to give the audience an unforgettable evening. Each member was given a chance to shine and shine they did, displaying technical skill in the way they harmonised on a wide selection of songs.

Malone’s charisma and charm put the audience at ease and even encouraged us to have a go singing in songs such as ‘Fields of Gold’. He made the audience feel as if we were one big choir – even the shyest members of the audience got involved with giant smiles on their faces.

Malone showed us his talent to get anyone to sing by plucking a young doctor out of the audience to sing ‘Stand by Me’ on the stage. His natural charm put her at ease, she sung exquisitely and got a wonderful reception from the audience.

The songs were varied but each beautiful in its own way. Naomi Bank’s solo of ‘Try sleeping with a broken heart’ had a gorgeously Smokey undertone to it and was a great way to open the show. One of my favourites however was the rendition of Fleet Foxes’ ‘White Winter Hymnal’ with its catchy tune and beautiful harmonies. I have not stopped listening to it or singing it since leaving the concert. Other songs included ‘Wherever You Are’ written for the Military Wives choir, leaving the audience with a tear in their eyes and Gary Barlow’s ‘Sing’ that had such a magic to it.

Apart from assistant musical director Michael Higgins wonderfully playing the keyboard and a backing of beat boxing on a ‘looping’ machine, the rest of the songs were unaccompanied. It was magical to see how beautiful a sound you can make putting different voices together. Each and every member of Malone’s voices were spectacular and incredibly talented. It has left me with a renewed love of choral music and has rekindled my passion for music. An emotional and enjoyable evening that I shall never forget. 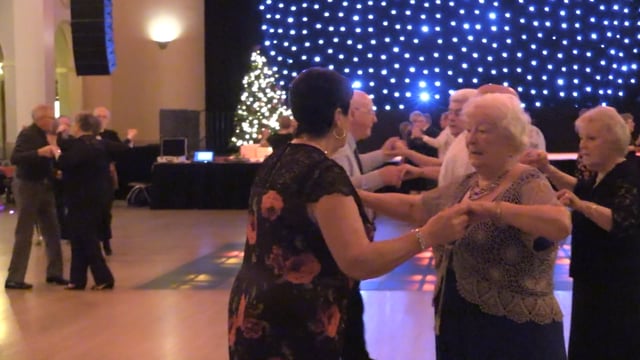