On this page you’ll find an archive of some of the very best Interviews we’ve conducted. We hope you enjoy listening to them again…

Tony Christie is one the UK’s best loved singers and a Sheffield legend. He was born in  Conisbrough and in 1969 signed to MCA Records and released a number of top twenty hits including “I Did What I Did For Maria”, “Avenues & Alleyways” and perhaps most famously “Do You Know The Way To Amarillo?”. His current album “Made in Sheffield” was recorded at ‘Yellow Arch’ studios and produced by Richard Hawley; featuring tracks written by Jarvis Cocker, Alex Turner and Phil Oakey. He recently came into Sheffield Live and talked to Bridgin about his recent work and his long successful career. 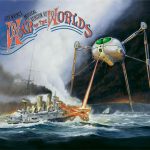 Jeff Wayne is a musician best known for his musical version of H.G.Wells “The War of the Worlds“. The album featured Richard Burton as the narrator-protagonist and also included the musical talents of Justin Hayward, Phil Lynott, Julie Covington, David Essex and Chris Thompson. Last year marked the 30th anniversary of the original album release, and a number of events will be taking place, including a “30th Anniversary” UK tour, which will soon be visiting the Sheffield Arena. Taking time off from his busy schedule, Jeff came into the studio to talk to our very own Graham Marshall who presents our classic rock show “Spirit of the Wapentake“ 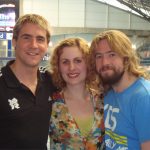 Justin Lee Collins is a British comedian and television presenter from Bristol, best known for his work on the Channel 4 television show “The Sunday Night Project“. His is currently making a new television show for ‘Sky 1’ where he will attempt to learn a new different skill each week. One of these challenges will be learning the art of Diving. He recently visited the “Ponds Forge” aquatic centre in Sheffield with his tutor/trainer, Olympic diving silver medallist Leon Taylor. While there, he spoke with Nicole White from the “Communities Live” team. 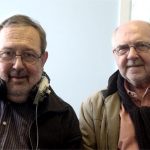 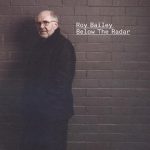 Roy Bailey is a British socialist folk singer who began his singing career in a skiffle group in 1958.  In the 2000 Honours List, Roy received the MBE for services to folk music. On the 23rd August 2006, he returned the MBE in protest at the United Kingdom government’s foreign policy with regard to Lebanon and the Palestinian territories . By doing so he joined the list of people who have declined a British honour. He has been described in the Guardian as being the possessor of one of the finest voices in the folk world and has a large, widespread and very loyal following worldwide. His latest album is called “Below the Radar” and can be purchased from his website ‘roybailey.net‘ He came into our studios to talk to Dave Eyre from “Thank Goodness its Folk” 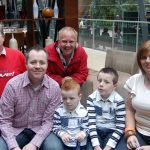 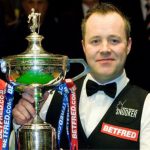 John Higgins started playing professional snooker in 1992 and has won a total of 20 ranking titles thus far in his career. His first tournament victory came in 1994 and the British and International Open titles followed in 1995, making him the first teenager to win three ranking events in a single season. He has compiled over 400 competitive centuries to date, including five 147 breaks. The highlight of John’s career has been winning the World Snooker Championship at the ‘Sheffield Crucible’ in 1998, 2007 and 2009.

A few days after his third world title win he spoke to Paul Gregory and Kevin Resley from our flagship news programme ‘Communities Live’ and talked about the challenge of winning a third world title and why Sheffield is so important to the sport of snooker. 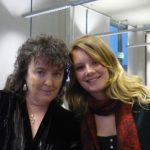 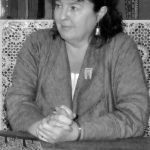 On the 1st of May 2009 Carol Ann Duffy succeeded Andrew Motion to become Britains first female and openly homosexual poet laureate. She was in Sheffield to read for the New Ground event at the University of Sheffield. Communities Live!’s Harriet Cross and Lauren Anderson from the Sheffield University Press Office spoke to her earlier this week about her life, her work and the weather!

Sifu Lai on ‘The Film File’ 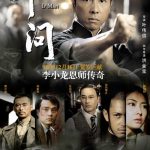 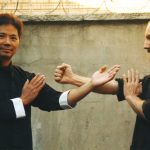 The Showroom Cinema in Sheffield recently screened the blockbuster martial arts film ‘Ip Man’ on the 26th of August. The film is based on the life of Ip Man, the celebrated Kung Fu master of Bruce Lee, and the first to teach the Chinese martial art of Wing Chun openly.

Sifu William Lai is part of the Ip Man lineage and his own master, Chu Shong Tin was Ip Man’s third apprentice. Sifu Lai met Ip Man whilst he was in Hong Kong in the 70s. Both Simon Thake from the ‘Film File’ and Vivian Yee from ‘Liusheng Sheffield’ spoke to Sifu Lai about the film, Wing Chun and his own impressions of Ip Man. To hear more, catch the Film File every Friday afternoon at 1pm and Liusheng Sheffield every Thursday evening at 7pm, both exclusive to Sheffield Live! 93.2FM 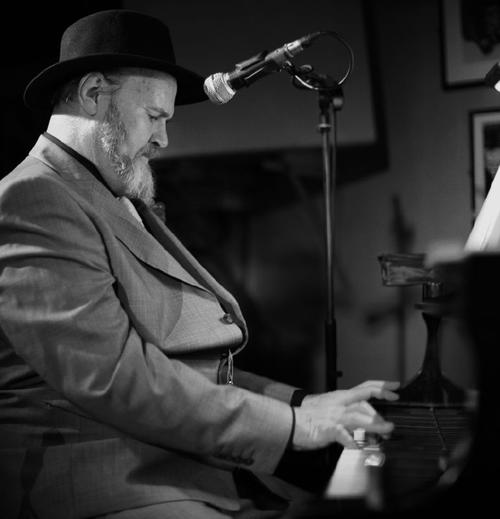 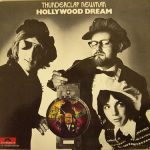 Andy ‘Thunderclap’ Newman was the jazz pianist with the band ‘Thunderclap Newman’, best known for their 1969 UK number one hit “Something in the Air”, a song which is still a permanent fixture on most radio stations around the world today. The band was created with the help of The Who’s Pete Townshend; who also played bass on their records under the pseudonym Bijou Drains.

Andy recently spoke on the phone to DJ Paul Tansley, who presents The Mix every Friday between 4pm and 5pm. He spoke about his time with the band in the sixties, performing with his new reformed line-up and also a new remastered release of their album “Beyond Hollywood” 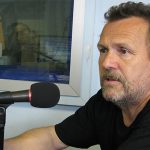 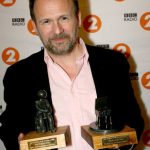 Martin Simpson is folk singer, guitarist and songwriter. He is regarded by many as one of the most skilled folk guitarists currently playing on the British and American folk scene.

He has been nominated 23 times in the 11 years of the BBC Radio 2 Folk Awards, including nine times consecutively as Artist of The Year, which he has won twice. His album Prodigal Son was named album of the year in 2008 and one of the songs from that album, Never Any Good was named best original song of the year.

He came into our studio to talk to Dave Eyre presenter of “Thank Goodness it’s Folk!”

Thank Goodness its Folk
NEXT