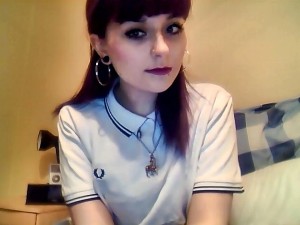 In Sheffield and the surrounding area we are blessed to be vastly saturated in talent, extending through countless genres and every age bracket, and just recently I have stumbled across yet another astonishing act that have blown me away, writes Sheffield Live! volunteer Jade Knox.

After the incredible success of our home-grown Arctic Monkeys there have been innumerable new acts attempting a similar style of heavily accented vocals and I have been waiting patiently for this fad to pass.

Bang Bang Romeo are a Yorkshire based 4-piece who have brought something new and wonderful to the local music scene. Completely unlike anything I’ve heard of late I am ecstatic to have found something that sounds so emotive and real.  When I first listened to the EP I wasn’t entirely sure what to expect, perhaps I had been cynical enough to first believe this could be just another bedroom indie band – and how wonderfully incorrect I was.

I played the first track from the EP ‘Carnival’ and set about doing some housework. It is tough to describe how intensely and immediately my attention was taken away from my intended errands. It felt as if my ears had done a double take, I had heard the music but then I couldn’t help but listen. I stopped what I was doing and sat captivated for the remaining tracks.

To put it bluntly; you could have no ears and still know that lead vocalist Anastasia Walker has phenomenal vocal talent. There is such an expressive element within her voice that her lyrics are no longer only words but characters, conjuring feelings of nostalgia with a somewhat haunting element. When I heard this powerhouse of a voice I was initially concerned that the rest of the band could be left sounding diluted and lacklustre and I was elated to learn that the reality was a million miles from this assumption.

Behind Anastasia are three wonderful musicians: Ross Cameron, Richard Gartland and Joel Phillips, whose riffs and rolls are powerful and meaningful and performed with technical grace. I have struggled to put into words how successfully the music can ‘fill a room’, it felt dense and almost heavy with soul and provoked much more of a reaction than simply “I like this.”

Bang Bang Romeo, I believe, will have no problems achieving success in what they do, they are perfectly formed and ready to go and will remain one of my favourite local groups.